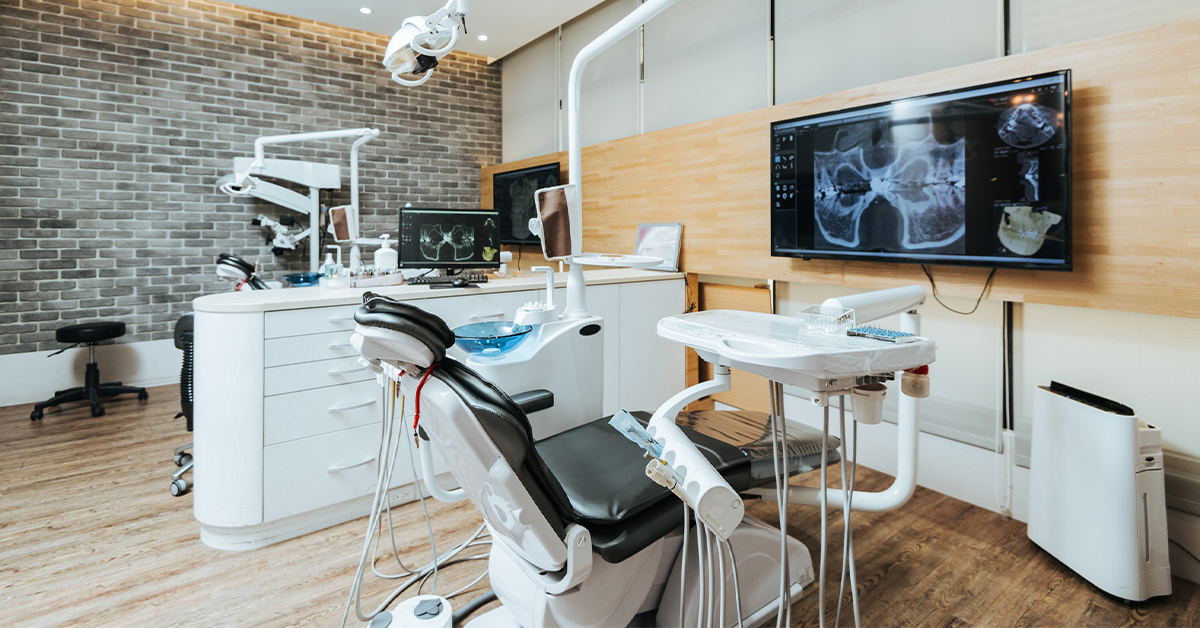 For many new and longtime dental practices, the thought of expansion can be daunting. Questions persist about how to take on more patients in an existing space and whether the adoption of newer technology will help dentists deliver services faster. But with the help of Patterson Dental educator Kathy Brodal, a new practice in North Dakota reached its goals in less than six years.

For many new and longtime dental practices, the thought of expansion can be daunting. Questions persist about how to take on more patients in an existing space and whether the adoption of newer technology will help dentists deliver services faster. The investment in time, staffing and ultimately financial resources can seem overwhelming. But with the help of Patterson Dental educator Kathy Brodal, a new practice in North Dakota reached its goals (and beyond) in less than six years.

When the owner of a North Dakota practice, which opened in late 2014, was already overwhelmed with patients, he knew he needed to make some changes but wasn’t sure if a new practice like his should invest in expansion so quickly. Would it be too much for the new dentist? Or was there enough of a demand for his services to support a business plan that included additional staff and more technology?

Kathy Brodal, a Patterson Dental educator who has been working in the dental industry for three decades, conducted an in-depth analysis of the practice one year after it opened and helped the owner develop a plan that would allow him to expand in stages. Ultimately, the strategy would make the practice one of the most successful in the region.

When the dentist opened his independent practice six years ago, he didn’t expect that he would soon be considering whether to expand into a new facility with added staff to keep up with the number of patients he would be welcoming. But as a Patterson client, he took advantage of receiving a consultation from Brodal. Originally from North Dakota, Brodal understands the region and the challenges the new dentist was facing as he attempted to meet the increasing demands of more clients in a small, albeit new space.

“My job,” Brodal said during a phone call from her office in Arizona, “is to visit and analyze practices and find ways to help them grow.” And while she admitted that many doctors don’t always have a solid vision, she works closely with them to better understand their end goals and whether they want to expand or stay the course. One of the first questions she asks is: What is your plan for the next five years? She’s interested in learning if they want to grow, hire more associates or even get a partner who can take over if he or she is getting ready to retire.

Taking the right steps to expand

When Brodal first met this practice owner, he had been in business for one year in a brand-new facility, with a steady increase from about 30 new patients per month to 62. While most successful dentists at that point in their careers can expect to see approximately $300,000 in revenue, this dentist was earning more than double that. Although he was eager to continue growing his practice, he wasn’t sure what the next step needed to be.

After visiting the dentist and completing a practice analysis, Brodal made some informed recommendations: open another operatory within the space and add a hygienist because the doctor was doing all the hygiene himself. She also encouraged him to equip more space with working treatment rooms. He only had equipment in three of his five available rooms.

“He did it,” Brodal said. When she went in the next year, he was well over the $1 million mark. Within just one year, he was able to grow the practice and now had about 1,200 active patients. And that number keeps increasing.

Moving into a bigger space

Because the plan has been so successful, this dentist is moving into an even larger facility with room for 10 treatment rooms and the technology he needs to make the experience more efficient.

“He and his wife trusted what I said and what his rep said and implemented the ideas,” Brodal explained. “I looked at how many patients and how much hygiene was occurring – he didn’t have time to keep up.” By hiring a hygienist and expanding this area of the business, the practice owner was able to take hygiene off his schedule, so he could focus on restorations.

Brodal said that because the dentist welcomed implementing new technology, he was able to put an even more efficient office model in place. For example, he’s using the Solea all-tissue dental laser, and he also invested in CEREC, which has changed the way he takes impressions and creates restorations. The clinician also has a 3D printer on-site that he uses for dental treatment and, well, for fun – admittedly, he loves printing baby Yoda figurines for patients.

By the time this practice owner moves into his new space on Labor Day, 2020, Brodal predicts he will easily surpass $2 million within just six years of opening his doors. “It just shows that if you put the systems in place, look at the numbers and analyze them early on, and pay attention to retention and case acceptance,” she said, “you can meet your goals.”

At Patterson Dental, we are committed to partnering with dental practices of all sizes to help oral health professionals practice extraordinary dentistry. We do this by living up to our promise of Trusted Expertise, Unrivaled Support every day.
https://www.pattersondental.com/
Total
22
Shares
Share 22
Tweet 0
Pin it 0
Share 0