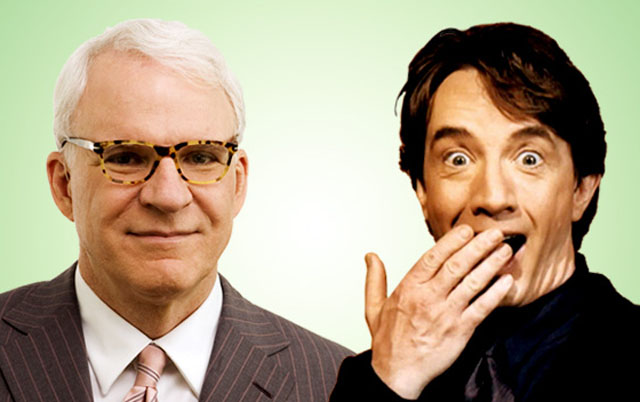 It sounds a bit like … well, a bit. But on Friday, Steve Martin and Martin Short teamed up to celebrate a 27-and-a-half(th?) anniversary. Sirona’s, to be exact. The legendary actor-comedians likely cracked a few jokes at the expense of the oddly numbered celebration, but their presence was very real.

I say “likely cracked” because, unfortunately, I was unable to attend. But in honor of their appearance, I brushed up on the Top 5 bits and scenes that Steve Martin and Martin Short unwittingly assembled over their respective careers, all leading them to that very day. These five clips confirm that Friday was what they’ve always had in store for them: performing at CEREC 27 and a half.

5. Never underestimate the danger of shoddy dental work. That’s what Martin Short taught us in 1987’s Innerspace, from Warner Bros. (My apologies for reminding anyone who had forgotten that Innerspace happened.) Just when Short’s masterful disguise nearly worked, a tooth-related gaffe gave him away.

4. You really didn’t think we’d get through this list without a ¡Three Amigos! reference, did you? In this scene from the Orion Pictures film, the duo’s metaphorical thirst for the chance to one day perform at CEREC 27 and a half is manifested in literal, physical thirst. Plus, Chevy Chase’s obliviousness.

3. In 1979, Universal Studios released The Jerk. At a glance, nothing about the movie screams “August 2012.” That’s the thing – The Jerk is for every day from then until now, and now until forever. And if you don’t agree, you just may be a … nah, too easy. Just stay away from the cans.

2. What has been more relevant than the Olympics in recent weeks? The ever-prescient Martin Short kept that in mind for August 2012 even though, in his words, “I’m not that strong a swimmer.”

1. Steve Martin may regret this one. There’s a good chance he ran into some dentists Friday. I’m not much for using the word “throngs,” but I think this is where it’s appropriate. Throngs of dentists may have turned the tables, making life imitate art, in remembering Martin’s joy in inflicting pain in “Dentist!” from Warner Bros.’ 1986 film Little Shop of Horrors.

And there you have it. The career paths that led us all to this one glorious, comedic moment. Let’s bask in it. And smile.

Note: All video footage property of its rightful owners, none of whom have any affiliation with Patterson Dental. Patterson is still not in the movie business. Who told you that, anyway?