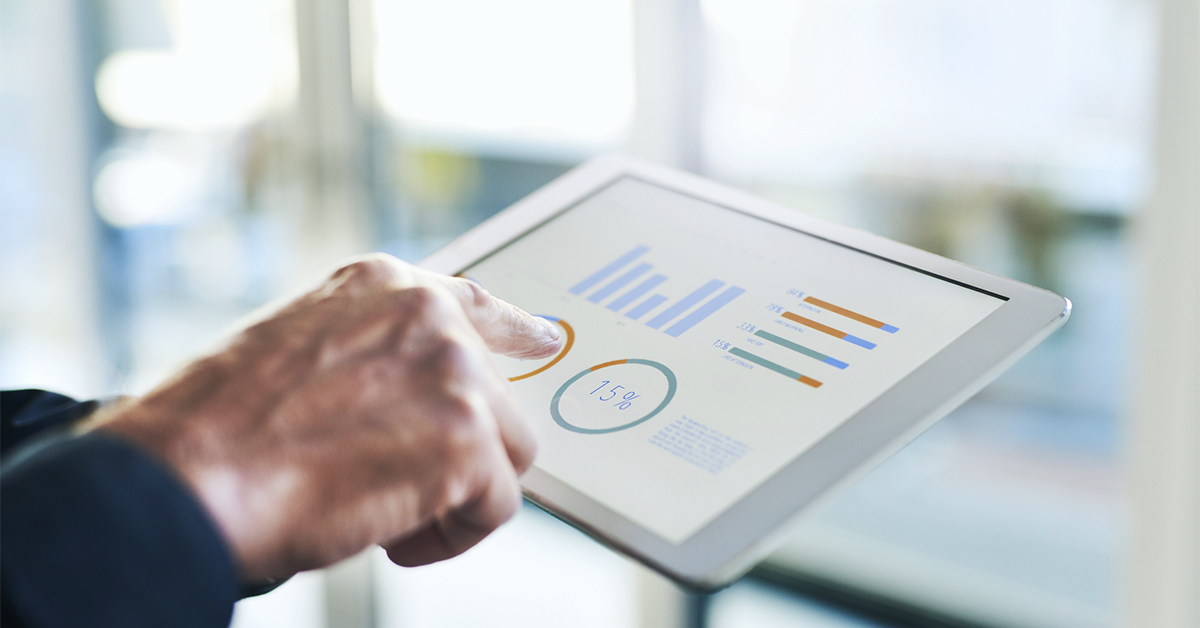 Practice management software can generate all kinds of metrics on your practice, but which ones are the most important, and how do you improve those figures and, by extension, your business?

The value of data is not in the actual numbers, but in the more informed actions you take based on those numbers. Practice management software can generate all kinds of metrics on your practice, but which ones are the most important, and how do you improve those figures and, by extension, your business?

Using your practice management software to establish key performance indicators (KPIs) for your practice can help you narrow your focus to the data points most valuable to success, and measure them consistently, month over month and year over year.

“If you’re not measuring it, you’re really flying blind,” said Dr. David Rice of the East Amherst Dental Center in East Amherst, New York, and the founder of IgniteDDS, an online dental community focused on education. Rice, an Eaglesoft user, says clinicians frequently don’t maximize the functionality of their practice management software, no matter which solution they choose, and use it mainly as a scheduling device. Sometimes, Rice said, it takes a crisis for clinicians to realize how important the numbers are.

“Practices who knew their numbers pre-COVID suffered far less than practices who didn’t,” Rice pointed out. “I certainly wasn’t happy that we shut our business down for three months, but I can tell you from a financial health standpoint, we had plenty of money.”

However, Rice’s own insights into his practice weren’t always so clear. When he started with Eaglesoft more than a decade ago, he found the results a little surprising. “I always believed our practice was very high performing, but the day we actually started looking at the numbers, my response was, ‘Wow, we’re not as good as we thought we were.’”

And as time has gone on, the data have become even more valuable to his practice. “We’ve gotten better at examining the data every year because we’ve learned more about Eaglesoft, and then obviously Eaglesoft has improved over the years to make it easier to access the data, as well.”

You’ll want to use practice management software that generates reports on the KPIs you establish for your practice.

If you’re new to figuring out your KPIs, start with the basics. For example, Patterson Dental educator Kathy Brodal recommends that an optimally operating practice should retain 80% of new patients and the doctor should be at least $350 per hour.

Rice also advises practices to look at the conversion rate for emergency patients to regular patients, citing 80% as the target.

Once you get some insight into these figures, you can start drilling a little deeper. Consider evaluating these figures for your practice:

Rice said he likes to keep his practice under a 1 to 1 accounts receivable ratio, although during office closures due to COVID-19, some practices were buoyed by collections, he pointed out. Brodal recommends that total accounts receivable should be no more than one month’s average practice production, and receivables over 90 days should be 10% or less of the total.

A holistic way to look at data-based practice management improvement is to use the numbers as a springboard to shifting your mindset from reactive to proactive. Rice believes that shift can be particularly challenging in the dental practice environment.

“Most dental pros are reactive to almost anything,” he said. “It’s like we’re constantly putting a fire out instead of investing time to have a vision for our practice.”

Rice said the two most common causes of poor metrics in a practice are lack of additional training and lack of leadership. He points out that dentists went to dental school, not business school, but need to be proficient in both healthcare and business management – and have the confidence to run the business decisively.

Rice recommends clinicians review metrics and meet with their team to brainstorm how to improve any lackluster results. For example, Rice realized case acceptance improved in his practice when certain hygienists were paired with certain dentists, and made that change more intentional and permanent.

Rice believes most practices have untapped revenue in their files – it’s just a matter of finding the right combination to unlock it. He doesn’t believe the old adage that every practice has $1 million in potential case acceptance. “It’s probably that every dentist has $2 million sitting in their charts today. They just don’t know how to go get it. And it starts with the numbers.”

To pull more revenue from those charts, according to Rice, clinicians may need to consider a deceptively simple strategy: Be honest with your patients about how much care they need. Many dentists, he said, fall back on providing the level of care the patient can get by with.

At Patterson Dental, we are committed to partnering with dental practices of all sizes to help oral health professionals practice extraordinary dentistry. We do this by living up to our promise of Trusted Expertise, Unrivaled Support every day.
https://www.pattersondental.com/
Total
19
Shares
Share 19
Tweet 0
Pin it 0
Share 0