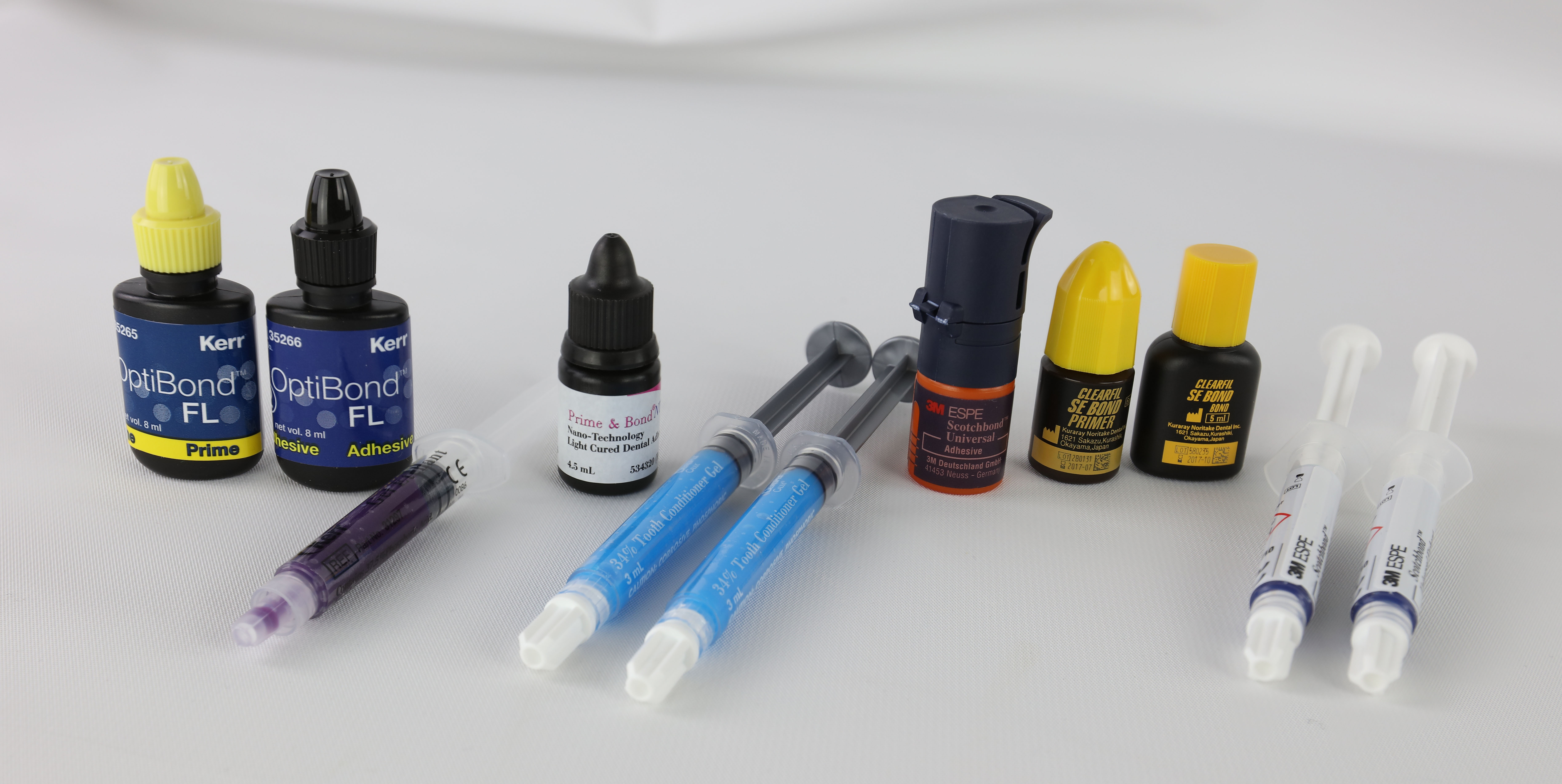 In today’s market place, there are 4 primary generations of dental bonding agents.  The number of steps needed to create a proper bond has been reduced generation to generation, but each generation carries its own benefits.  Here’s a simple guide to each of them.

The fourth generation of dental bonding agents consists of 3 steps as separate components: etch, prime, and adhesive.  Using each of these individually can provide you with a greater amount of control over the process as well as well as a higher level of trust that each step has been done properly.  This is the oldest technique and involves the most amount of steps.  It will therefore keep the patient in the chair for the longest amount of time.

The fifth generation of bonding has 2 components.  The etch is still separate, but the prime and bond has been combined into one step.  In comparison with the 4th generation, this will save a great amount of time.

The sixth generation of bonding is also a two-step process, but this time the etch and primer are together and the bonding agent is separate.  The self-etch primer is applied first and followed by the bond.  The elimination of the single-component etch saves time and effort because instead of needing to dry, etch, rinse and dry, you can now just clean and dry the tooth and apply the primer.  There is also no need to light-cure the primer once applied.

The seventh generation of dental bonding agents is the newest and contains only one-step where the etch, prime and bond are all in one.  An optional etch can still be used to maximize adhesion to the enamel.  The process with this generation is to simply clean and dry the area, apply the adhesive and light cure.  This is the fastest option available today.