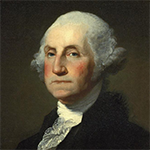 During the French Revolution, several eminent dentists fled to the United States. The leading figure in dentistry around the turn of the century was a man named John Greenwood, a self-proclaimed “surgeon dentist and operator for the teeth.”

Records show that Greenwood’s most famous patient was none other than first president of the United States, George Washington. Washington began losing his teeth in his 20s, and therefore recruited the services of Greenwood to make several sets of custom-fitted dentures for him. He was so pleased with the quality of his false teeth that he often wrote Greenwood enthusiastic letters of appreciation, from which Greenwood would extract quotes and cite in his advertisements.

Despite popular belief, this article clears up the long-held myth that Washington’s dentures were made of wood, along with other rumors about our founding father. A child’s first dental visit: How to create a positive experience for a lifetime of good oral health

9 Tips for Creating a Patient-Centered Schedule

Dentsply Sirona World 2021: Back in Vegas!

10 Steps to Promote a Culture of Patient Safety