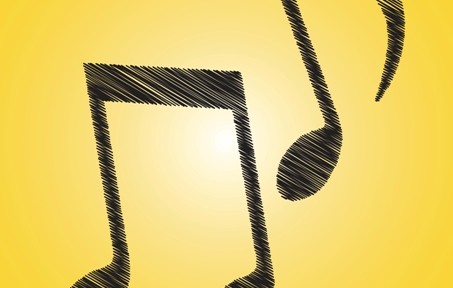 Just shoot for the stars
If it feels right
Then aim for my heart
If you feel like
And take me away, make it okay
I swear I’ll behave

Beside the words being inappropriate for a dental practice, the song also has a very fast tempo.

Songs like this (words and tempo) are frequently heard on CDs and radio stations played in dental practices. When you ask the team members why they love hearing this type of music they will often tell you it is because it helps them keep upbeat; however, when you ask them to tell you at least 5 songs that were played that morning, most cannot remember even one. So overall they are very unaware of the tempo and words that their patients are listening to and its effects. In a pediatric practice, the children are responding negatively many times to the music they hear. The reality is that music with a fast tempo will speed the child’s heart rate. As the child’s brain registers the tempo, the brain will send messages to the body causing the breathing to slow down or increase to match the tempo of the music. As the breathing matches the tempo, so does the heartbeat. So the logical questions for a pediatric practice are, “Do you want the child’s breathing and heartbeat to increase or decrease? Do you want the child in a chaotic state or relaxed state?” And consider that most children are arriving for their dental appointments in an anxious state to start with.

In a study by Jeffrey A. Klassen and several co-authors, they did 19 study trials that involved 1,513 subjects with the objective “to study the efficacy of music therapy on pain and anxiety in children undergoing medical and dental procedures.” The conclusion was that “music is effective in reducing anxiety and pain in children undergoing medical and dental procedures. Music can be considered an adjunctive therapy in clinical situations that produce pain or anxiety.”

During a recent consultation visit in a pediatric practice, I encouraged the team to put this theory to the test. The team agreed to implement for at least 30 days playing slower tempo, instrumental-only music. They chose a satellite radio station providing this genre. When following up with the doctor to see how the children were responding, the doctor stated that there were some observable, positive changes in the children’s behavior, plus one area where they saw the most unexpected change was in the parents’ behavior! Since they invite the parent back to the clinical area with the child, the team members noticed that the parent’s level of anxiety was also greatly reduced, which overall benefits the child’s experience.

Seeing a team having success with music therapy has built my confidence to continue encouraging more dental practices to implement it. For this pediatric practice, changing the music was not only about reducing anxiety for the children and parents, but also about creating a more professional image. I look forward to my next visit to this practice that should be more relaxed and where I know I will NOT be hearing “my milkshake brings all the boyz to the yard!”

Kimberly Brozovich, Jameson advisor, has nearly 20 years of experience in insurance and dental management. Prior to becoming an advisor with Jameson, she was an account manager for a benefits consulting firm where she implemented and managed employee benefits for large companies. Her extensive talents and experience keep her clients on the cutting edge of the dental industry.
http://www.jamesonmanagement.com/

One thought on “Music and Young Patients: Setting the Tempo for the Ideal Patient Experience”

A child’s first dental visit: How to create a positive experience for a lifetime of good oral health

9 Tips for Creating a Patient-Centered Schedule

Dentsply Sirona World 2021: Back in Vegas!

10 Steps to Promote a Culture of Patient Safety