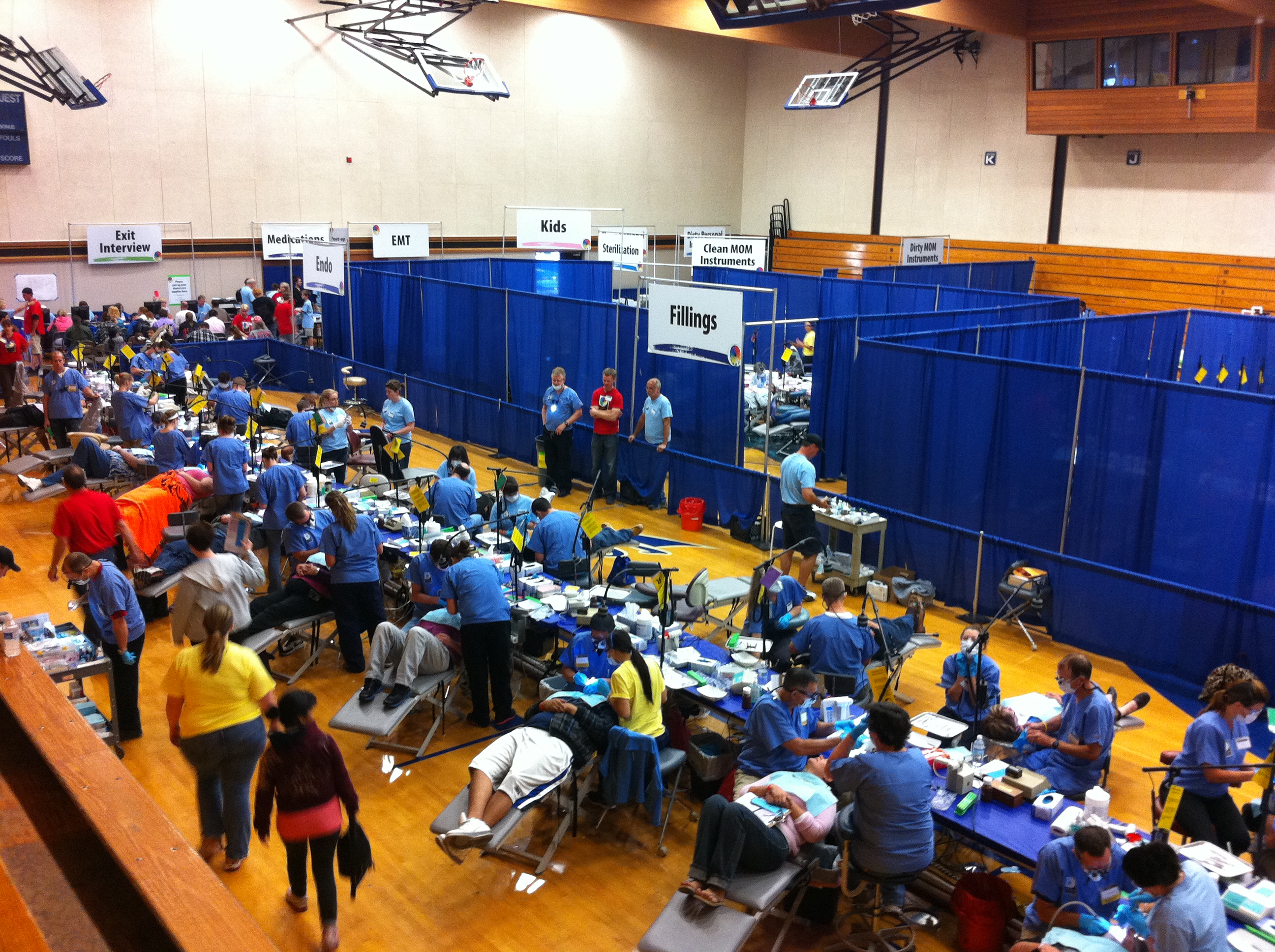 When Mission of Mercy announced that it would be coming to Medford, Oregon for the 2012 Oregon event, there was a lot of excitement for the needs that would be met in our relatively small community. A local high school had just moved to a new location, which left the older location – with three gyms – as the perfect spot for the event. The dates were September 14-15, 2012. The goals for the event were to treat 1,600 patients, provide $1 million in dentistry, and make a difference while bringing a community together for the two days of the event and beyond.

As the Mission of Mercy trailers and Patterson Dental vans pulled into Central High, it was a sign that good things were going to be happening for the patients who were in need of dental care, and that the work was about to begin. On the setup day, Thursday, September 13, all three gyms were empty at 6:00 a.m. and completely set up by 6:00 p.m.. This was only possible with the help of many community volunteers who dedicated their time for this important event. Three Patterson Dental service technicians – Keith Oliver, Dan Haynes and Brian Lindsay – were on the floor the whole day, taking the lead on setting up chairs and connecting vacuums and compressors. Our local equipment specialist, Chad Newman, was instrumental in the success of this event as Chad started working with drawings for the floor months ago, and dedicated 14 hours this first day to ensure all was correct and ready for the first patient. 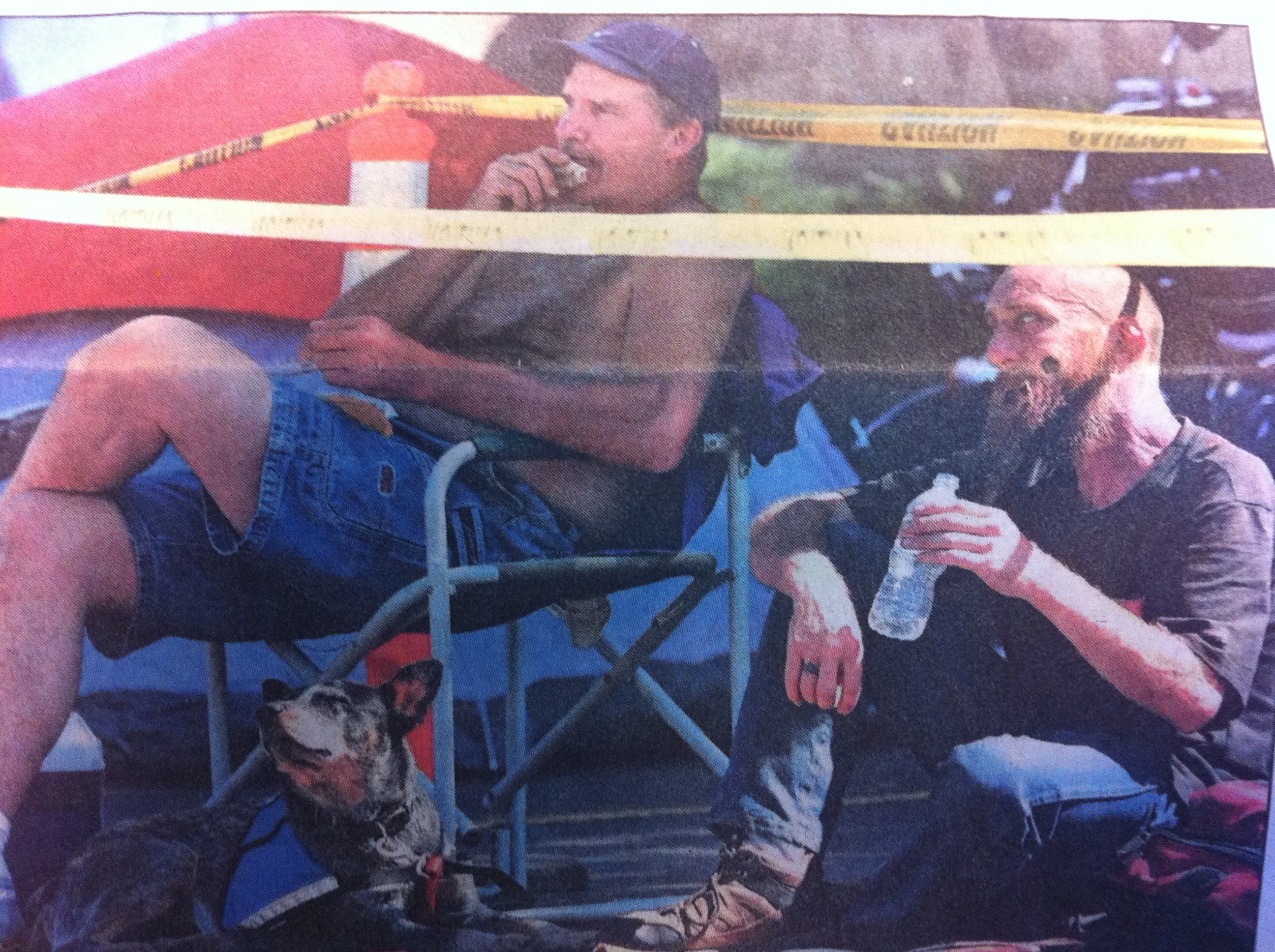 Little did the team know that the first patient had already shown up and was ready for some needed dental care that he could not afford through any other avenue. Xavier was his name, and he started the line at 9:30 a.m. on the day before the event. Temperatures this day were predicted to reach a high of 100 degrees. Along with Xavier, other patients in need showed up throughout the day and camped out the entire night so they didn’t miss out on this opportunity. Throughout the event patients would show up and brave the elements, both in the chill of the night and the heat of the day, to get a tooth pulled, filled, or simply get some well-overdue hygiene care. It was the aid of Saint Vincent De Paul that provided a steady flow of water and food that helped these patients get the dental care they needed. 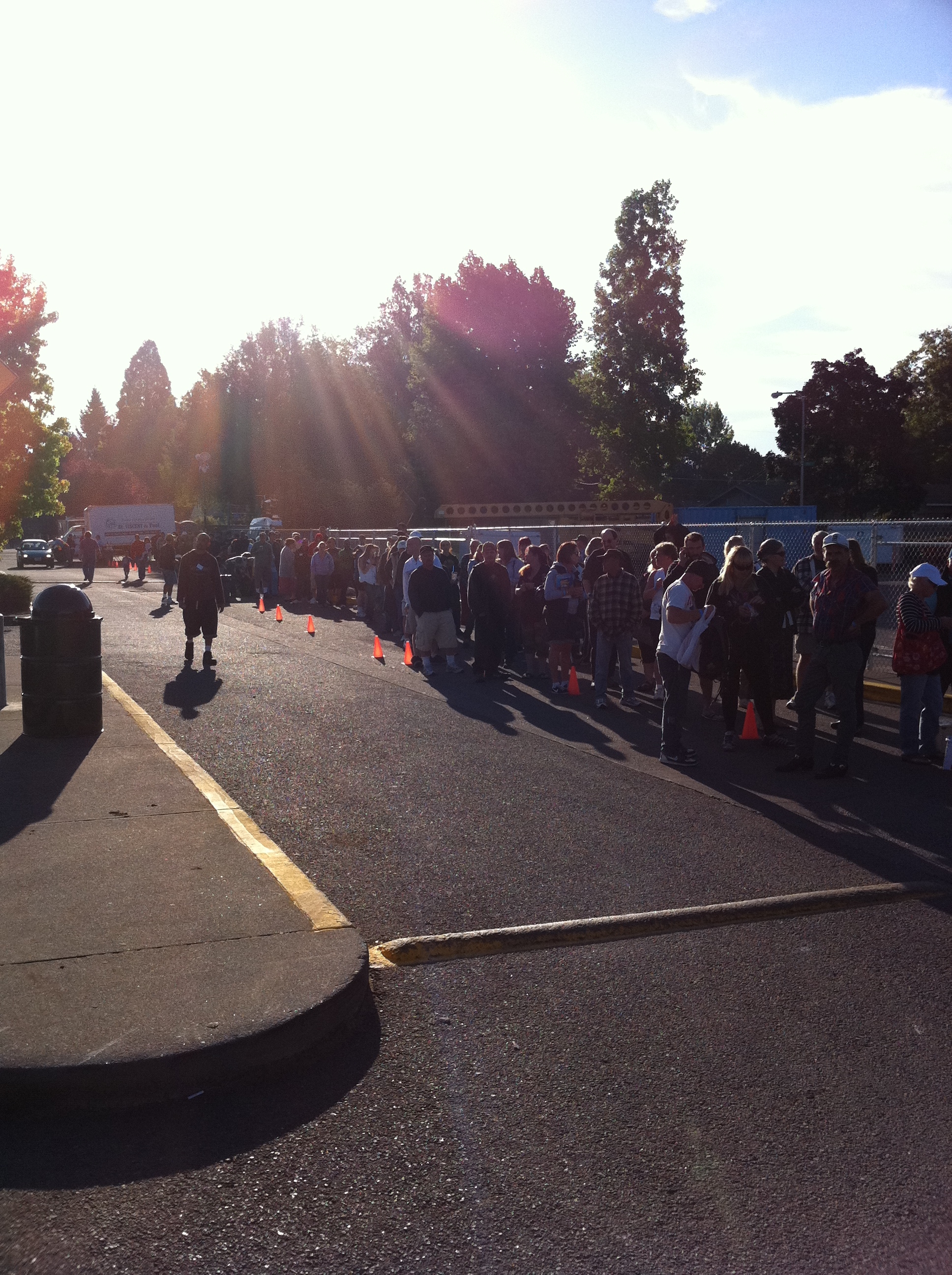 While the line was building outside and the equipment was being set up throughout the gym, the Patterson Dental team was also hard at work getting “Central Supply” set up. This supply setup actually started months before with Brent Barr, local territory representative, analyzing the needs of the two previous Portland MOM events to get an idea of what we needed for this event. Brent was an integral part of the MOM team and was designated lead for Central Supply. Brent’s efforts resulted in a successful event where all supply needs were met, which resulted in the best care possible for each and every patient.

At the end of this first day there were three gyms filled with triage, X-ray, medical, oral surgery, restorative, pediatrics, hygiene, lab and central supply stations. We were all set for Xavier and all the patients who would follow!

At the beginning of the first day the air was filled with excitement and the unknown – was this all going to work? Quickly all nerves were settled and the process started working. Patients were sent through medical, X-ray, triage and then to the appropriate area to receive their dental care. It was a success! Some patients had started in line with gaps in their smiles, and were now leaving with a full smile and tears in their eyes. The energy was contagious and all the volunteers were working so hard and closely; it was like a big dental family! Nine Patterson Dental volunteers this first day were joined by a handful of manufacturer representatives, who all traveled from outside the area to lend a helping hand. The line was cut off at 1:00 p.m. and the last patient was out the door by 7:00 p.m. It was home to get some food and some rest to be ready early the next day. And the line? There were people in it and ready to camp through the night.…

At 6:00 a.m. on day two the seamless dental machine was hard at work again. The excitement was even greater this second day as we were all veterans now and had a taste of the life-changing outcomes patients were receiving through this great cause. Our Patterson Dental volunteer team of 10 were filling spots, from an equipment specialist running restorative supply carts to territory representatives jumping in to help assist doctors who had no assistant with them. There were Patterson volunteers all over the building, touching almost every aspect of the operation. Again the line was shut down at 1:00 p.m. and the last patient, an emergency extraction, was out the door by 6:00 p.m. Now it was time to put everything away and leave the gyms as we found them only two days before.

Overall there were 1,024 patients seen and $742,377.57 worth of dentistry provided over the two days. This was only possible with the 1,076 volunteers who came to this event from all backgrounds and made the process work so seamlessly. This event was also only possible with the generous local donations, the numerous manufacturer donations we received, and the overall donation of Patterson Dental. We are so proud to have been a part of such a meaningful event for patients in need and our overall community.