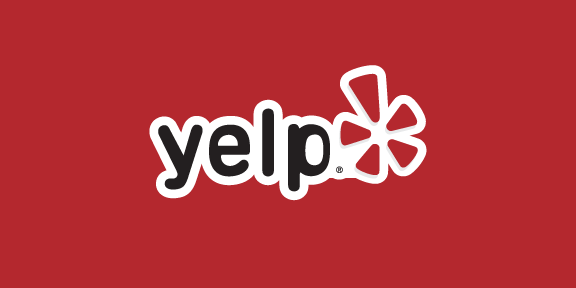 Yelp is a touchy topic to tackle. Emotions and opinions about Yelp’s platform are all over the map. I’d like to cover one little sliver … how Yelp can help your practice.

Have you noticed lately the prominent role Yelp is playing in online search? If you Google just about any service-related business category (especially when localized), you’ll typically see one, two, or several Yelp reviews come up on page one in your search engine results pages (SERPs).

Love It or Hate It, You Can’t Afford to Ignore Yelp

The purpose of this post isn’t to debate Yelp’s practices or policies as they pertain to the way Yelp interfaces with dental practices. There’s been plenty written on that topic.

Rather, here are three important reasons why it’s in your practice’s best interest to proactively manage (yes, manage) your Yelp reputation:

1. Consumer Trust – Yelp reviews are the second most valuable reviews you can acquire (behind Google reviews, which are #1) because they boast both high trust levels and SEO value. When it comes to evaluating the worth of reviews, prospective new patients are more savvy today than they were a couple of years ago. They know if they see dozens (or perhaps hundreds) of aggregated reviews on a second-tier, third-party app platform, that you’ve likely filtered out the negative ones and kept the good ones. Third-party apps that gather reviews through automated systems are great for providing internal feedback on the patient experience, but they’re not great at attracting new patients because both Google and Yelp will not syndicate reviews gathered through these systems.

2. Apple Maps – When was the last time you looked up a business on an iPhone using the Apple Maps application? Did you notice that the business listings show Yelp reviews? That’s right! Apple is syndicating Yelp reviews through their Maps application. Considering the vast numbers of people who have iPhones and use Maps … you get the idea.

3. Yahoo Listings – Check out Yahoo business listings and you’ll see that Yahoo is also syndicating Yelp reviews. (There are rumors floating around that Yahoo or Apple may purchase Yelp to compete with Google reviews—but that’s another discussion.)

Even if you’re one of those practices that has a beef with Yelp, the three reasons above (and others we haven’t talked about) strongly suggest that you can’t just close your eyes to Yelp and hope it goes away.

Some Reviews Are Better Than Others

Sure. Any positive review, published anywhere, is a good thing. But one great Google or Yelp review is worth more than a boatload of third-party app reviews because of its credibility and SEO value.

Reviews on social sites like Facebook are good too because they’re also authentic and trusted. But right now – and for the foreseeable future – they don’t weigh in with the same search benefits. The point is that it’s fine to get reviews in lots of places, but never at the expense of working hardest on getting the ones that matter most. We’ve found, as we work with hundreds of practice clients day to day, that the less-important reviews take care of themselves when you focus your efforts on the most important ones (Yelp and Google).

This may seem counterintuitive, but having a few bad reviews isn’t always a negative thing for your dental practice. In fact, it suggests a level of honestly and transparency that people actually appreciate and expect … especially when you’re proactive about resolving a problem! Everyone knows that even the most perfect businesses aren’t perfect, AND there are people in the world who will simply never be satisfied – no matter what you do or don’t do.

How Do You “Control” and Leverage Yelp Reviews?

Obviously you can’t (nor should you) control what your patients say about you on Yelp. In addition, you can’t control which reviews Yelp’s secret algorithm filters out or which ones are published to your practice’s dual feed page (recommended reviews and “other reviews not currently recommended”). Yelp has an explanation for how it works. Whether or not you believe them, or whether or not you buy into some of the conspiracy theories floating around out there, the bottom line is … it is what it is!

However, there are three things that you can control.

1. Claim, Monitor, and Respond – Participate in the conversation by claiming your Yelp page, monitoring its content, and responding to reviewers. In many cases it’s best to take conversations offline when possible. But always respond. It shows you care. And remember, you don’t need to wait until there’s a problem to reach out to people. Show appreciation for every reviewer. It goes a long way.

2. Always Work at Tipping the Scale – There are many brands and organizations that are proficient at managing less-than-stellar opinions about them published online. We can learn from their strategies. One of the most common and effective ways they solve these challenges is by promoting and flooding positive content designed to overwhelm, outweigh, and even bury any negative stuff. This requires consistency and ongoing vigilance. Steering your online reputation will never be a one-hit wonder.

3. Ask for Yelp Reviews Inside Your Practice – The very best time and place to get Yelp (and Google) reviews is while your patients are in your practice – NOT after they’ve left your office and resumed their busy life! How do you do that? It’s simple. Have a consistent, non-intrusive plan for encouraging your biggest fans to review you.

MSP Reviews™ is an awesome tool for helping you do this because stellar Google and Yelp reviews are posted immediately right from the patient’s phone while sitting in your dental chair. But regardless of how you do it, just do it!

Learn to Love Yelp, and Get as Many Yelp Reviews as You Can

Who knows what the future holds for Yelp and other review sites? The only thing that’s consistent in marketing is change! It’s the nature of the beast. But for now, one thing is certain … the web will continue to evolve and it’s not going away any time soon. People are increasingly turning to their trusted online social networks, and to reviews, when they research, evaluate and recommend products and services.

Don’t miss out on this awesome dental practice marketing opportunity.

By the way, what’s your Yelp take? Did this post change, modify, or support your view?

Jack Hadley is a founding partner at <a href="http://mysocialpractice.com">My Social Practice.</a> He has developed the curriculum for, and teaches, an MBA Social Media Marketing course at BYU’s Marriott School of Management in Provo, Utah. Jack is also the founder of the Utah Valley Social Media Club. An award-winning copywriter and former ad agency creative director, Jack has a rich background in all aspects of the creative process.
http://www.mysocialpractice.com
Total
0
Shares
Share 0
Tweet 0
Pin it 0
Share 0

8 thoughts on “Yelp and Your Dental Practice”

How to reduce cancellations and increase case acceptance with patient engagement

Dental SEO quiz: What does GMB have in common with GBP?

National Smile Month: 5 ways to get involved and engage your local community