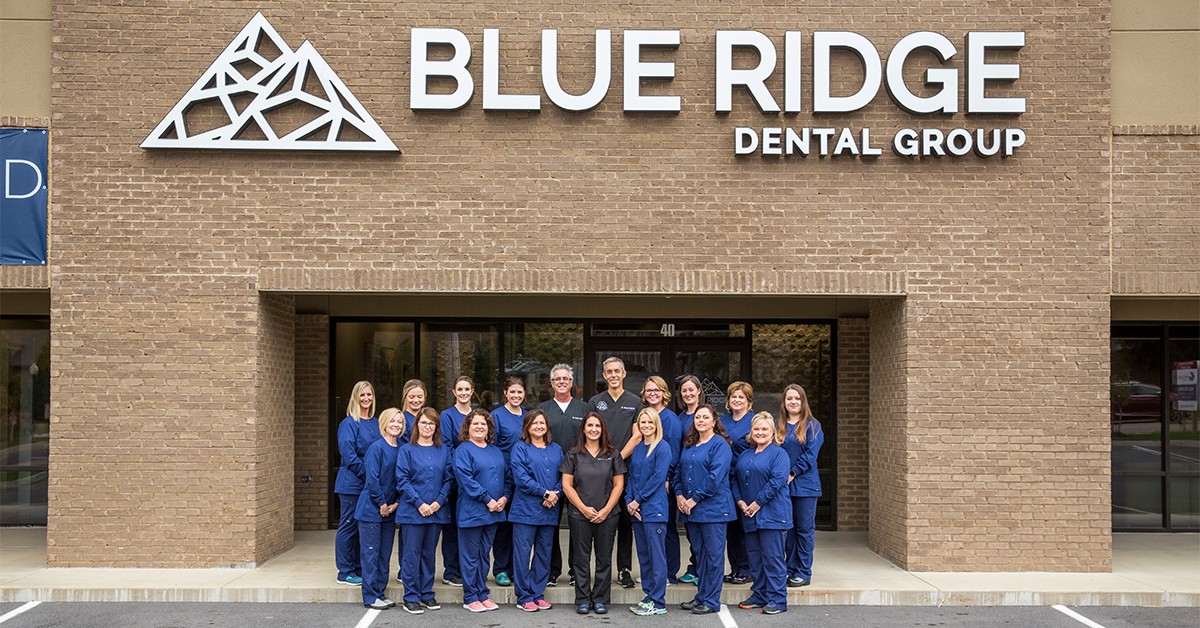 Recognizing a need for growth, the first instinct for Drs. Michael Mefford and Keith Ellis was to add on to the existing building. However, the “big picture” told them otherwise. Now in a new location with a 6,700-square-foot space, they’ve been able to expand their dental hygiene team, hire an associate dentist and invest in new equipment and technology.

Keith Ellis, DDS, and Michael Mefford, DMD, of Blue Ridge Dental Group in Johnson City, Tenn., had what every dental practice wants to achieve: a schedule that was booked solid. To an outsider and from a business standpoint, the hearty workload sounded like a “good problem to have,” Mefford said. However, he and his partner, Ellis, were having difficulty scheduling patients in a timely manner and struggling to improve workflow in an office they had outgrown.

These challenges interfered with their goal of delivering excellent patient care. “For quite a while, we were completely limited by space. We did it for a long time, but we came to find it was dysfunctional,” Mefford explained. “A lot of our motivation was to provide stellar patient care, and we were not doing them a service.”

Recognizing the need for growth, their first instinct was to add on to the existing building. However, the “big picture” told them otherwise. Everything in the office was ailing, said Mefford, from the equipment and infrastructure to the décor and general aesthetic of the building. The time had come to find a new location.

“It was a scary step for us,” Mefford admitted. “Dentists don’t tend to move that much, but once we made the decision to do it, we just tackled it and went for it. That’s what led to the genesis of the new building and what has transformed into a new practice.” At the same time, they started a conversation about the move with Patterson Dental.

From Mefford’s observations, dentists typically prefer to focus on dentistry and patient care. When faced with various logistical decisions that come with a project of this magnitude, it’s sometimes hard to know the right thing to do. That’s when they leaned into their relationship with their Patterson equipment specialist, Jason Nipper. “I’m a big believer in relationships, and it was really the relationship we had formed with Patterson that made us want to enlist their expertise,” said Mefford. At first, he didn’t realize the comprehensive nature of the office design services Patterson offered. He thought they just offered more general guidance.

Ellis soon found Patterson’s office design services were much more robust. Starting with the conceptual stage, the team worked closely with the contractor’s architect, interior design firm and equipment vendors, carefully balancing the vision of the dentists with the logistical execution.

As they worked with the Patterson design team to bring their vision to life, Ellis and Mefford kept practicality in mind. “It was supposed to be something unique and something we could be proud of – that reflected our styles and personalities. But we also wanted a healthy dose of function and form,” Mefford explained.

The team had a strong motivation for the design to be open and airy. They wanted the space to incorporate areas of intense architectural interest through unconventional ceiling designs, glass walls and custom modular walls that are accented by strategic lighting. The office maximizes sunlight through the biggest windows possible relative to the high ceilings. At 6,700 square feet, the new floor plan required a logical layout that would put patients close to various treatment areas.

Most of the office furniture is A-dec equipment, from the cabinetry to the stools and lights. Ellis and Mefford considered other manufacturers but were ultimately drawn to A-dec’s simple aesthetics for their open-concept office. Prior to cabinet construction, Ellis and Mefford each had an opportunity to tour A-dec’s manufacturing facility in Portland, Ore. That was when they really began to understand all the design features that would be incorporated and the logical way A-dec fabricates all their equipment. A-dec also advised the team on modifications to the operatory delivery system to optimize efficiency for the entire staff.

Although the initial real estate planning had taken years, the actual construction phase took just 18 months. Ellis and Mefford received an overwhelmingly positive response from the community at the grand opening in summer 2018.

“We just wanted our patients to be proud of it – to be proud to say that this is where they go to the dentist and to tell their friends about it,” said Mefford. “At the same time, we want it to be a place we enjoy coming to work and find pride in as a team.”

Blue Ridge Dental Group was already one of the few group practices in Johnson City, but now it stands apart even more for its unique architecture. By incorporating more space than what was needed, the practice is preparing for growth. They’ve already expanded their hygiene team and hired an associate dentist, Dr. Nicole Mancini.

Mefford is thankful to the Patterson team for their assistance throughout the process. “I feel like they went the extra mile and really exceeded our expectations when it came to the design services they provided and logistics from the equipment standpoint. We were able to provide the vision of what we wanted to do, and they were able to help us execute it,” said Mefford.

Mefford has remained in close contact with the Patterson team and continues to ask questions, especially about technology. He finds Patterson understands his practice from all facets, from the financial standpoint, to maintenance and to the end user. “They’re honest about which product will work best in our hands, and I feel like they take pride in that,” Mefford reflected. “I’m a firm believer that they’re a partner with us in the practice; more than just supplies and equipment salespeople.”

For Ellis and Mefford, the building of a new practice was a journey outside their comfort zone. But what seemed daunting at first ultimately became an enjoyable experience. Mefford’s advice to other dentists is to seize their moment. “If everything lines up from a practice performance standpoint, there’s no time like the present to do it. We spent too many years waiting for it,” said Mefford. “I think sometimes we continue to analyze and there’s a certain emotional component to the decision, and that’s perhaps the scariest part. But have confidence in the knowledge that it’s the right move, and then surround yourself with professionals who can get the job done. Build a team that can take you and your practice from the idea phase to treating patients in the new building.”

This story originally appeared in Best Practice magazine, a publication of Patterson Dental. To print this story, download the image-free PDF.

At Patterson Dental, we are committed to partnering with dental practices of all sizes to help oral health professionals practice extraordinary dentistry. We do this by living up to our promise of Trusted Expertise, Unrivaled Support every day.
https://www.pattersondental.com/
Total
1
Shares
Share 1
Tweet 0
Pin it 0
Share 0