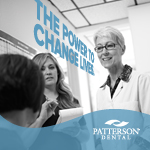 Kristen Burris, DDS, started her dental practice in Shattuck, Oklahoma, more than 20 years ago after she and her husband bought a cattle ranch and moved across the state. Although she was excited about the possibilities, Burris says that fear set in when she realized what kind of challenges she faced. “I can remember sitting out in the back of our pickup on our ranch crying because I had left an established practice. Here we were in a town of 1,200 people and I wondered: where are we going to get patients?”

Within 10 years of opening her practice, Kristen A. Burris DDS Family Dentistry, Burris had built the practice, gained a full patient load and now faced a totally different set of problems. As the only dentist in the county, she found herself with a patient load that she wasn’t able to handle. “I was very stressed,” she said. “We were so busy that there was no place to put people, I was booked six months in advance, and I hadn’t taken a vacation in years.”

Plus, dentistry was getting pretty mundane and boring. “After a certain amount of years there’s only so much excitement you can get about cementing a class 2 amalgam,” said Burris. “It wasn’t that I didn’t want to be in dentistry, but I wanted to be excited about it again.”

After confiding in Cory Mazza, her Patterson representative, Burris attended a Mercer seminar at his urging. That was the turning point for her. At the seminar they talked about the investment that you need to make into a practice to keep it up and make it exciting for yourself and to be able to recruit an associate. “I decided I needed to recruit someone and that was the perfect way to do it,” Burris said.

With the help of Mercer and her Patterson representative, Burris invested in new technology, including computers, intraoral cameras, digital X-rays, CEREC and GALILEOS. She expanded her building, increasing her operatories from two to seven. The changes have gotten her excited about practicing dentistry again, have helped her attract an associate who has signed on to take over the practice in four years, and helped her grow from a $650,000 practice to a $1.7 million practice.

Burris says that she looks back on where she started and can’t believe how far she’s come. “I never would have dreamt that this practice could grow to be what it is today,” she said. “I feel like I’ve taken this and I’ve built it from nothing to a pretty impressive little practice and I’m pretty proud of it.”

Paul became the president of <a href="https://www.pattersondental.com/">Patterson Dental</a> in 2010. He has worked in the dental industry for more than 25 years, holding leadership posts that include president of Guggenheim Brothers Dental Supply Co. (acquired by Patterson in 2000) and manager of Patterson’s Southwest Region.
Total
0
Shares
Share 0
Tweet 0
Pin it 0
Share 0

A Practice Focused on People, Friends and Community

Interview with Dr. Morris – Being an Endodontist

The Art of Dentistry at Scripps Rock Dental