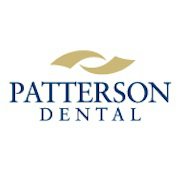 We are pleased to announce the arrival of the new 2012–2013 Annual Catalog!

If you haven’t received your copy, we have extras. So please contact your territory representative or local branch to have one delivered.

Mike Smurr is the <a href="https://www.pattersondental.com/">Patterson Dental</a> Director of Marketing, Merchandise. Mike began his career with Patterson in 2000, as Milwaukee Branch manager, and held that position until December 2008. During this time, the branch earned Branch of the Year honors twice (fiscal 2001 and fiscal 2003), as well as the Chuck Lottes Award in fiscal 2004 for largest dollar increase in net income over prior year. Mike began his dental career in 1982 as a territory manager for Columbus Dental, serving northern Illinois and Wisconsin. In 1986, he became a marketing manager with Columbus Dental, and was instrumental in transitioning product lines when the company was purchased by Bayer Dental (now Heraeus). From 1989-1990 Mike worked in Germany with the International Marketing team of Bayer Dental. Upon returning to the U.S., he held positions of increasing responsibility, from key account manager to national sales manager. In 1998, Mike became the dental marketing director for Banta Healthcare Products (now TIDI Products), where he advanced to vice president of sales and marketing, responsible for the dental, medical and foodservice business. In his current role as Director of Marketing, Merchandise, Mike is responsible for the marketing interactions between Patterson Dental and the over 800 manufacturers with whom Patterson works. This includes marketing communications, product submissions, promotional and introductory product campaigns and private label business.
Total
0
Shares
Share 0
Tweet 0
Pin it 0
Share 0

One thought on “New Patterson Catalog”

Omnichroma, Omnichroma Flow, Omnichroma Blocker Flow: When and Why I Use Them in Direct Posterior Composite Restorations

Tissue management: The nexus for crown and bridge procedure

Everything you need to know about dental curing lights